The radical service user groups that sprung up in the 1970s helped change attitudes to mental health. Now their history is being written 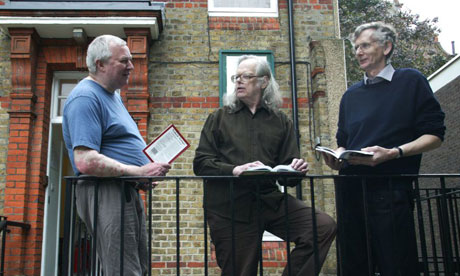 Andrew Roberts well remembers the morning, back in March 1973, when Radio 4's Today programme broadcast an interview with him about the formation of a union for mental patients. "It took them three hours to decide if it was safe to let a mental patient into Broadcasting House," he says. After the broadcast, his phone didn't stop ringing all morning, and more than 100 people turned up later that day for the union's inaugural meeting at the Paddington day hospital, a therapeutic community in west London.

Thus was born the first Mental Patients Union (MPU) in England (there was already one in Scotland, which partly inspired the idea). It was one of a wave of radical political service user organisations that sprung up all over the country in the 1970s, formed by and for patients, or "survivors", to represent their views and defend their rights against what they perceived to be a politically oppressive psychiatric system.

Today, Roberts is a member of the Survivor History Group (SHG), a small collection of individuals who are collating a history of the survivor movement. Their aim is to provide a permanent record of the politics and achievements of the movement. They hope to remind us that advocacy, crisis cards and crisis houses - user-centred ways of providing support to people with mental health problems - were developed and pioneered back in the 1970s and 1980s, by such groups of politically radical individuals with personal experience of incarceration within the mental health system. It is important, they believe, for today's campaigners and activists to understand the historical context for their work.

Many of the management committee members were heavily involved in so-called "mad politics" back in the 1960s, 70s and 80s. The group includes Roberts, a member of the Hackney MPU; Frank Bangay, a member of Protection of the Rights of Mental Patients in Therapy, formed in 1976 (which became the Campaign Against Psychiatric Oppression in 1985) and of the radical action group Mad Pride in the 1990s; and Peter Campbell, a founder member of Survivors Speak Out, a national networking group formed in 1986 for mental health service users.

"Things were completely different in the early 80s," says Campbell. "At that time, the byword for getting involved in user groups was the perception of psychiatry as a form of social control. There was very little emphasis on the kinds of involvement available to service users today - consultations about the nuts and bolts of running services. The groups were much more political. The last thing we would have thought about was joining a committee to discuss community care."

He goes on to explain that the movement was often misrepresented by social scientists, who emphasised the links between anti-psychiatry and the survivor movement. "There is a perception of the survivor movement as a few radical mental health professionals with some semi-empowered activists in their train. That isn't how it was," he says. "Even in the early 90s, nobody in the statutory services gave a damn about advance directives or advocacy - the assumption is that these things have happened through the guidance of right-minded professionals. But they had to be fought for. A lot of it was about working against the mental health system and fighting to get organisations like Mind and Rethink behind us.

"We need survivors recording how we saw it. We need to point this out, and record how we think things happened."

Clare Ockwell became involved in the survivor movement more recently, through the user-run training and consultancy organisation Capital. She says it is important that today's mental health practitioners are aware of the history behind the new developments in service provision that they are now being asked to implement.

"Being part of this group and learning about our heritage has for me made a lot of sense and is something I am using in my work training today's mental health service providers and users. Without that work, we would not be where we are now," she says.

Mark Cresswell, lecturer in sociology at the school of applied social sciences at Durham University, is one of a small but growing band of academics who are interested in the Survivor History project's work. He agrees that academic social scientists have so far produced only partial versions of the roots of the user movement, and stresses the need for more "subjective" accounts from users themselves.

"We urgently need more opportunities for people with direct experience of psychiatry to recount their historical experiences and their analyses of those experiences," he says. He points to the Testimony archive of patients' accounts of their experiences in the old asylums compiled by Mental Health Media. The archive is now held by the British Library.

"I worry that sometimes the powers-that-be are quite happy to embrace the 'survivor voice' tokenistically, without taking any notice of the criticism contained within it. I find the Testimony project powerful precisely because the cumulative testimonies contained within it amount to an extensive and overwhelming critique."

The group is still deciding how it will collect and record its history. Lack of space currently precludes creating a physical archive from the piles of documents amassed by individual members.

Roberts says: "Our main aim is to give people an opportunity to come forward and say what their history was, their version of what happened, rather than try to obtain a generalised, simplified, overall view. We want to record the diversity of histories and the dynamics between the different groups and perspectives.

"If we don't have a group like this, our history is going to be some academic's book in five years' time and we'll be saying, 'We were there and it wasn't like that.'"

· Read Andrew Roberts' account of the day the MPU was founded, at

A crusade for dignity 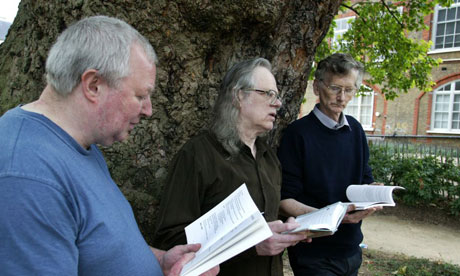 The idea of a Mental Patients Union was first developed by a small group of mental patients and supporters back in December 1972. A pamphlet was produced  which came to be known as the Fish Pamphlet (it had a picture of a fish struggling on a hook on the cover)  that was strongly Marxist in its analysis. Its argument was that psychiatry was a form of social control of the working classes in a capitalist state, and that the psychiatrist was the "high priest" of technological society, exorcising the "devils" of social distress through electroconvulsive therapy (ECT), lobotomy and medication. The thinking was that, in the same way that workers formed trade unions, mental patients also needed a union to fight for their rights against political oppression and social control.

There were six of us involved in setting up the union: Liz Durkin, Brian Douieb, Lesley Mitchell, Eric Irwin, me and my partner Valerie Argent, but only Eric, Valerie and I were mental patients. Valerie and I were mainly focused on forming the union. We didn't participate in the political analysis, or sign the Fish Pamphlet.

The group planned to hold its first public meeting at Paddington day hospital, where Liz had been a social worker. She had been making contact with the press to promote the cause for a Mental Patients Union. The idea of the union caught the fancy of Radio 4's Today programme and they asked her to come and talk about it on the programme on the morning of the meeting. Liz realised they were asking her because she was a social worker, but at a "council of war" meeting we decided we wouldn't take part unless they agreed to interview a patient  and that we wouldn't give them any information about the patient, whether they were from Broadmoor or whatever. We had this idea that we'd line up in the studio and say: "Spot the loony." They took three or four hours to ring us and agree to interview a patient. They needed time to think about that.

In the end, I was the only one of the three of us with mental health problems willing to do it. At the studio, it was all very civilised. The interviewer's main question was: "How could patients possibly form a union  if they were sick, how could they take part in something like that?" In those days it was radical to suggest that people with mental health problems could do things together as an association.

The response after the broadcast was overwhelming. I gave out my home number on air and from the moment the interview went out, the telephone was ringing.

We had only booked a small room at the hospital for the meeting later that evening. More than 100 people turned up and there wasn't room for us all. It was chaos and they found us a bigger room. Some people picked up the Fish Pamphlet and were asking if, to join the union, they had to share its analysis. We told them no, those were just the views of one small group.