the safer detention & handling of persons in police custody 2006 guidance

Mental Health is a factor in many of the most serious cases of police misconduct investigated by the IPCC.  Over 50% of deaths in police custody are of people with some form of mental health problem.

The IPCC is working to make sure that:

What is the IPCC doing?

Through police complaints cases and talking to voluntary, police and statutory groups, the IPCC has identified specific areas of work:

Policing and Mental Health: Risks and Realities
20 Jan 05
This seminar was aimed at people working in the police and health/social care services as well as the voluntary sector, and aimed to identify better services for people with serious mental health needs who get caught up inappropriately in the criminal justice system, by improving the risk management and interagency working of the key organisations facing this major challenge.
The seminar also examined the especially adverse experience and specific needs of people from black and minority ethnic backgrounds. For more information please see the Conference Material and final report

The IPCC is developing its work on Mental Health through an internal strategy group of operational staff. The work is being led by John Crawley, Central Region Commissioner.

remember your rights on arrest notice of entitlements

Dear Chief Officer,
This circular advises Chief Officers on the general principles that should be incorporated in working protocols between their force and local health bodies or other local agencies, where those protocols seek to address the management of potentially violent behaviour.

The attached guidance is the result of a wide consultation with ACPO, the Police Staff Associations and other interested stakeholders on the Cross-Government Group, which is working to develop policy on the management of potentially violent behaviour and the use of safer restraint across the criminal justice, correctional and health sectors.

The following guidance complements similar advice to health bodies, which is being developed and promulgated by the National Institute for Mental Health in England and the Counter Fraud and Security Management Service.

The guidance sets out the general principles underlying effective partnership working between local agencies (paragraphs 6 to 8) and stresses the need for senior management to be actively involved. It also provides advice on inter-agency information sharing and confidentiality (paragraphs 9 to 11) and outlines the need for a joint media handling strategy in situations involving issues of wider public interest (paragraph 12).

The underlying issues giving rise to potentially violent behaviour are discussed, with particular emphasis on mental health issues (paragraphs 15 to 18) and substance misuse (paragraphs 19 to20). But the guidance also stresses that sensitive diversity issues, including ethnicity, should be addressed where appropriate in local protocols (paragraph 14). Situations involving miscellaneous issues where police assistance may be requested by health bodies are also covered (paragraphs 21 to 22).

The guidance provides advice on building on best practice (paragraph 23), particularly in regard to debriefing exercises, risk management strategies and shared inter-agency training.

A model local protocol template is provided in Annex A to the guidance, drawing on current examples of best practice and comprising a checklist for reference and discussion when local protocols are being developed and reviewed. 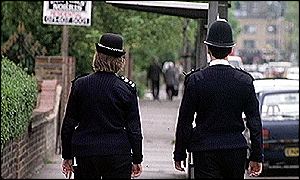 Police are on the frontline for dealing with the mentally ill

New measures to ensure the mentally ill take their medication could mean a big increase in the role police play in community care, say police and mental health workers.

The City of London police and the National Schizophrenia Fellowship (NSF) are meeting on Thursday to raise awareness among police officers of mental health issues.

Both believe the proposed introduction of community treatment orders for the mentally ill who are released from hospital will increase police work with vulnerable patients.

A spokesman for the NSF said: "Because of failings in the community care system, police have been thrust into the frontline.

"They are the only service which can be relied upon to get to a scene within minutes and can be called out 24 hours a day.

"With the community treatment orders, police may be involved more closely so it is very important for us to get the relationship right."

He added that police may be required to escort people to clinics if they fail to take their drugs, as required by the new orders.

Sergeant Tim Parsons of the City of London Police agreed that the orders were likely to increase police work with the mentally ill.

He said this had been rising ever since the introduction of community care legislation.

The City of London Police has just set up a database to record how police deal with the mentally ill in custody.

Sgt Parsons said this would help show the extent of police work with the mentally ill as well as improving ways of dealing with vulnerable people.

He added that police training in the past had concentrated on mental health legislation and was now moving towards the practicalities of dealing with the mentally ill.

The NSF wants more court diversion schemes to be set up around the country to divert the mentally ill out of the criminal justice system and into social services.

The police agree that prison is not the best place to deal with the mentally ill.

Sir Paul Condon, head of the Metropolitan Police, has said he is increasingly concerned that police officers are being expected to do the job of mental health workers.

Senior officers are looking at how the police should deal with vulnerable people like the mentally ill.

This could include the setting-up of response units of police and health workers to be sent out to calls which involve mentally ill people.

Thursday's conference is part of ongoing efforts by mental health charities and the police to improve the way officers treat the mentally ill.

Over the last few years, the NSF has been holding conferences with police units around the country, including the British Transport police, the Metropolitan police and Greater Manchester police.

It has also held meetings with the Association of Chief Police Officers.

A spokesman said the response from police had been good.